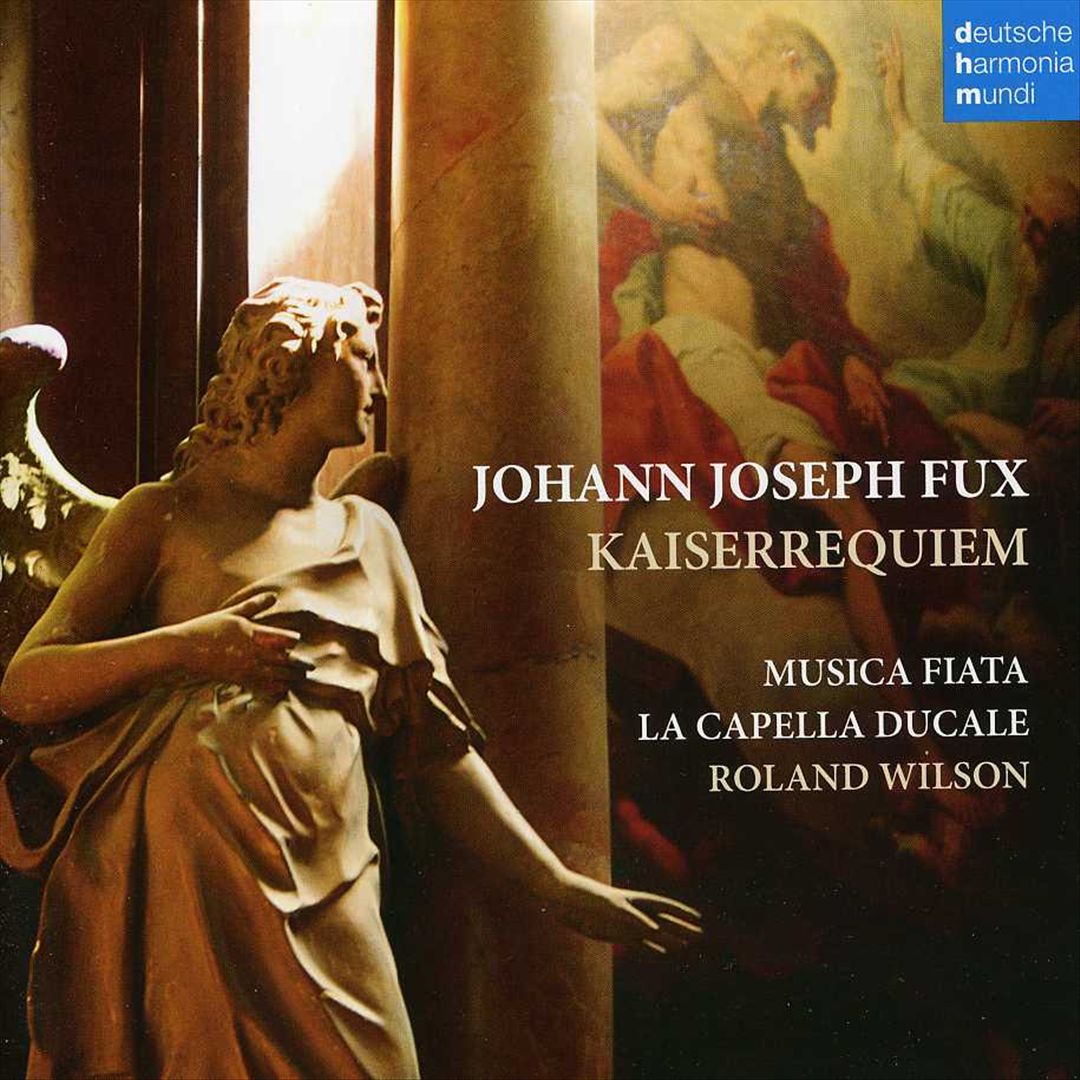 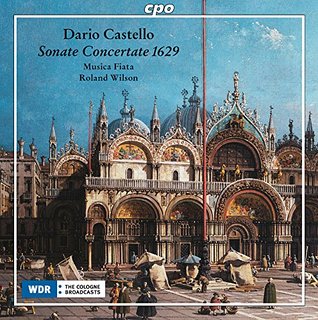 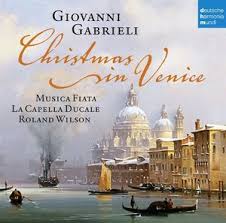 Six CDs released by the accomplished cornettist and conductor Roland Wilson and his ensembles Musica Fiata and La Capella Ducale between 2007 and 2016 have captured an impressive range of music from the late 16th to the early 18th centuries. The performances are consistently skillful, expressive, tasteful, and historically informed. On all six CDs, the members of Musica Fiata utilize cornetti, trombones (sackbuts), period strings, bassoon (dulcian), harpsichord, organ, and theorbo (chitarrone). Few tracks on these CDs feature all of these instruments, since much of the music calls for smaller performing forces. In some of the music, however, this ensemble is supplemented by other period instruments, including natural trumpets, timpani, a harp, and a great bass shawm. Within this ensemble, the historic brass instruments are more prominent in some recordings than others. All these recordings, however, will be of great interest to Historic Brass Society members, since they feature historic brass instruments filling a wide variety of musical roles—from virtuosic playing in fugal or solo passages to supporting choral lines—that reflect their use from the late 16th through the early 18th centuries.

This CD contains recordings of twelve sonatas from the 1629 Sonate Concertate in Stil Moderno by the Venetian composer Dario Castello. Two of the sonatas are marked “per Stromenti d’Arco,” and these utilize a four-part string texture with continuo throughout. In the other sonatas, the instrumentation is split into three categories: continuo, which is realized in each sonata by either organ or harpsichord, often supplemented by harp, theorbo, or both; high melodic instruments (soprani) performed by either violins or cornetti, with the precise instrumentation generally left to the discretion of the performing ensemble; and low melodic instruments, consisting of bassoon or either one or two trombones (precisely specified in the music and not used in every sonata). Taking advantage of the license Castello gives the performers to vary the continuo and soprano instruments, Wilson ensures that no two sonatas utilize exactly the same instrumentation. Even the two sonatas “per Stromenti d’Arco” employ different continuo instruments (organ in Sonata XV and harpsichord, harp and theorbo in Sonata XVI) to create vastly different sounds that underscore the stylistic differences between the two pieces. The music itself varies from sublime beauty to imitative romp. Throughout this smorgasbord of sounds, Musica Fiata performs with expression and technical brilliance that bring this wonderful music alive. The skill of Musica Fiata’s cornettists and trombonists stands out particularly in this gem of a recording, which is a must-hear for any historic brass enthusiast and any lover of early music.

On this disc, Wilson and his ensembles present fine recordings of the components of Cymbalum Sionium, a collection of sacred choral works by the early 17th-century German composer Johann Hermann Schein. The collection encompasses a wide variety of styles, with half of the texts in Latin and half in German. This variety was likely intended to showcase for potential employers Schein’s compositional skill. Although the focus of these compositions is on the settings of the texts, brass plays a crucial role in supporting the vocal lines in many of these recordings. The cornetto-playing on this CD is particularly impressive. The cornetti weave in and out of the choral textures, now doubling on a choral line, now elaborating on it with rapid ornamentation that demonstrates great agility. Also on this CD is the Canzon à 5, included by Schein as a Corollarium to the collection and masterfully performed by two cornetti, a viola, a trombone, and a bassoon. Here again, the cornettists’ playing stands out as especially high quality, as they trade off challenging figures with each other and with the viola and the bassoon.

Inspired by the musical festivities associated with the celebration of the hundredth anniversary of the Protestant Reformation in 1617, this CD features selections of sacred music from two of the most prominent German Protestant composers of the early 17th century: Heinrich Schütz and Michael Praetorius. The CD’s title is a bit misleading, for the music presented on this CD does not constitute a mass in the same sense as the Kaiser Requiem CD, reviewed below, which contains a mass intended as a single, unified composition. Rather, Musica Fiata and La Capella Ducale here present various selections, including movements of masses from both Schütz and Praetorius. As the liner notes explain, “This recording is not intended as a museal reconstruction but as an artistically coherent entity in the form of a Lutheran Mass, contrasting music by the two greatest German composers of the time.” The degree to which the product actually functions as such a unified “artistically coherent entity” is debatable. However, there is certainly much here of interest to lovers of historic brass and early music. The CD contains world premier recordings of two compositions: a setting by Schütz of Ein feste Burg ist unser Gott,which was discovered incomplete and partially reconstructed by Roland Wilson for this recording; and a Schütz Sanctus entitled Essaia, dem Propheten, das geschah, also incomplete but reconstructed by Wilson using the known chorale melody upon which it was based. (Wilson’s edition of the Ein feste Burg setting can be found on Musica Fiata’s website.) The first and final recordings on the CD—the Ein feste Burg setting and a setting of Psalm 136 by Schütz—feature fine playing by ensembles of natural trumpets and kettledrums, contributing much to the celebratory mood of these recordings and of the CD as a whole.

Similar in format to the recordings of Castello’s Sonate Concertate reviewed above, this CD features works from Johann Rosenmüller’s 1682 Sonate à 2, 3, 4, è 5 Stromenti da Arco & altri. Having fled a post at Leipzig to escape charges of pederasty, Rosenmüller had spent almost 25 years working at St. Mark’s Basilica in Venice, and the influence of the Venetian tradition is evident in these sonatas. Musica Fiata’s performance brings to life Rosenmüller’s musical language, featuring delightful imitation, frequent use of suspensions, and occasional chromaticism. As in the Castello recording, Wilson varies the instrumental timbres used in these sonatas. In general, he shows a greater tendency in this recording to choose homogenous string ensembles, perhaps because these works are more idiomatic for strings than the Castello sonatas and specify “Stromenti da Arco & Altri” in their titles, indicating that they were probably written primarily with strings in mind. Wilson’s interpretation of the first and final sonatas on the CD, numbers IX and X respectively, is particularly creative: he takes two sonatas à 5 and casts them for two alternating choirs of instruments, one of strings and one of winds (two cornetti, two trombones/sackbutts, and a bassoon/dulcian). The polychoral effect, though not specified in the music, reflects the Venetian character of these compositions.

This CD presents some of the music that might have been played in Venetian churches around Christmas during the lifetime of Giovanni Gabrieli. Several of Gabrieli’s works, both vocal and instrumental, are featured, and three vocal compositions by Gabrieli’s contemporary, Alessandro Grandi, also appear. Included is the world premier recording of Gabrieli’s Magnificat con il Sicut locutus est à 20 In Ecco, and the liner notes provide a link to Wilson’s edition of this score. The singers’ performance is skillful, and in soloistic passages, they execute challenging ornamentation with astounding grace and control. Nevertheless, when the brass plays in the Gabrieli compositions, it steals the show. The full, rich, and brilliant sound produced by Musica Fiata’s cornettists and trombonists is breathtaking and does justice to the music of this crucial composer in the history of brass instruments. Particularly effective are the performances of the three Gabrieli canzonas and the Sonata pian e forte that we find among the treasures of this CD.

This beautiful recording of Johann Joseph Fux’s “Kaiser Requiem” features brass less prominently than the other recordings reviewed here. All the independent instrumental parts are handled quite competently by the strings of Musica Fiata; the brass players’ role is to double and reinforce the voices, for which purpose two mute cornetti, two trombones, and a bassoon are used. The talents of Wilson’s vocal ensemble, La Capella Ducale, are showcased on this CD, and both tutti sections and the numerous solo and ensemble passages come off very effectively. There are a few typos and inconsistencies in the Latin texts presented in the booklet: some words differ from what is sung and from the text as it appears in the Vulgate. Also, the text’s use of macrons (the marks placed over long Latin vowels) is inconsistent. In the text provided, macrons are omitted until the final movement of the mass, where they appear over some long vowels but not others. These errors, however, do not detract appreciably from the enjoyment of this fine recording. An avid historic brass enthusiast may initially be disappointed by the absence of virtuosic brass solos, but he or she will soon be won over, I think, by the sheer beauty of the music and its interpretation.

To conclude, these six recordings amply display Roland Wilson’s rare combination of scholarship and artistry. Directing the ensembles in each of the recordings, performing as a cornettist in all but one, editing and reconstructing compositions for world premier performances, and even writing most of the informative liner notes himself, Wilson demonstrates a mastery of the music he works with from every possible perspective. In these six CDs, Wilson’s strong leadership combines with excellent performers and quality recordings, resulting in final products that are absolutely first-rate.-- Jeremy Sexton