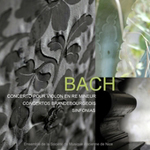 The performance of Bach's Brandenburg Concerto #2 (BWV 1047) has been the goal, bane, downfall, success, and inspiration of countless trumpet players for numerous decades. A BBC radio broadcast of David Mason playing it was Paul McCartney's inspiration for the famous trumpet obligato in "Penny Lane." (At the time, it was said erroneously by many to have been played on flugelhorn an octave lower and at a slow speed and then sped up in the recording studio at twice the speed since the part was "unplayable".) In the U. S. many principal trumpeters from major symphony orchestras avoid it, one going so far as to have it specified in his contract that he would not be asked to play it. A famous French horn soloist recorded it on modern horn stating that it must have been really written for horn. After all, it was pitched in F and the part was simply too high for Bach's trumpeters to play on natural trumpet. Maurice Andre is said to have bought a fabulous home with the accumulated fees from his countless worldwide performances of it.

Of course, all of these performances were on modern piccolo trumpets pitched not in F, but in B flat. Several instrument makers made their reputations trying to design just the "right" instrument ("right" being easiest to play, not historically correct in any way), and utilized the most modern and advanced manufacturing methods. Players went to great lengths to find the "right" mouthpiece. (Again, the one which was the easiest to play, not the one with any historical accuracy). These inevitably had shallow cups, rounded rims (to cushion the lips from the extreme pressure which the players resorted to using), small throats, and small diameter cups.

In the last few decades, as attention began to focus on historical accuracy, a few brave pioneers led the way to our present time where a growing number of trumpeters are using valveless trumpets. Players of the Brandenburg concerto have begun to perform and record it on valveless trumpets pitched in F, and often the mouthpieces utilized resemble (and in some cases, perhaps, are copies of) historical mouthpieces: with flat rims, deep and wide cups, and large throats. To aid in "fixing" the intonation for several of the partials, notably the 11th, 13th, and 15th, vent holes have been added, features which were not present on the trumpets of Bach's time, and hence, the instruments are not true natural trumpets but are referred to as Baroque trumpets. A sometimes fierce debate exists within the early brass community as to whether playing Baroque trumpets is really any more honest than using modern valved trumpets. Many Baroque players perform some of the more moderate repertoire on true natural trumpets, but the Brandenburg clearly is not in that category.

All has changed with the issue of the present recording by the Ensemble de la Societe de Musique Ancienne de Nice. The trumpeter Jean-Francois Madeuf has indeed made history because he has recorded the thought-to-be unplayable BWV 1047 on a natural, not a Baroque trumpet. That is to say, ventless, and consequently, "with one arm tied behind his back"! It should come as no surprise since Madeuf has centered his career on playing only natural trumpets. (See the interview with him in Historic Brass Newsletter, Winter, 2005.)

The enormity of this event cannot be overstated. The work is difficult at best on a modern piccolo trumpet. Most Baroque trumpet players would likely agree that the second Brandenburg is a height to be scaled only after the canon works for C and D trumpet are mastered. To record this on a ventless instrument is a feat that was not achieved until now. It should be mentioned that Madeuf recorded this and a sinfonia in one day, and was actually finished by 1800 (6PM).

Now to a review of the performance. In a word, it is thrilling. Madeuf is dazzling in his ability to not merely negotiate the high notes and challenging sixteenth-note passages, but he does so with élan and great spirit. His intonation on the tricky 11th, 13th, and 15th partials is flawless. One has great appreciation of his varied use of historic articulation syllables which gives his phrasing extra grace and charm.

Madeuf plays an F trumpet built by Markus Raquet of Bamberg after an eighteenth-century trumpet in D by Haas. His mouthpiece is similar to the BL1A by Ranier Egger, which is a copy of the mouthpiece found with a trumpet built by William Bull in eighteenth-century London (although there is speculation that the mouthpiece is German in origin). It is similar to that which is described by Eric Halfpenny in an article in the Galpin Society Journal, volume XX, March, 1967.

Also on this recording, Madeuf plays the trumpet part in a Sinfonia from Cantata BWV 75, "Die Elenden sollen essen." He uses a horn in G built by Graham Nicolson and a copy of an historic mouthpiece with a cup diameter of 20 mm. The result is a very rich sound. Again, he achieves excellent results lipping the "unplayable" notes and great attention to detail is shown by his articulation which carefully follows the text "Was gott tut, das ist wohlgetan."

The entire album is a selection of sinfonias and concerti by Bach, including the fourth Brandenburg concerto. The ensemble is a pleasure to hear. The strings are virtuosic, and very crisp in their style, while the winds produce very rich, fluid sounds with heartfelt passion. Special mention must be made about violinist Flavio Losco whose technique is positively formidable. The group plays with a happy vitality throughout.

Don Smithers, the eminent historian and virtuosic pioneering performer of early music (and champion of the natural trumpet as opposed to the Baroque trumpet), has often said that if something is worth doing, it is worth doing (even) badly. Recording BWV 1047 on a natural trumpet is certainly something worth doing and Madeuf not only succeeds, but does so on the highest level. This recording is an historic event that should be appreciated and celebrated by all. It should inspire all Baroque trumpet players to close off their vents and get practicing lipping. The highest congratulations must go to Jean-Francois Madeuf!