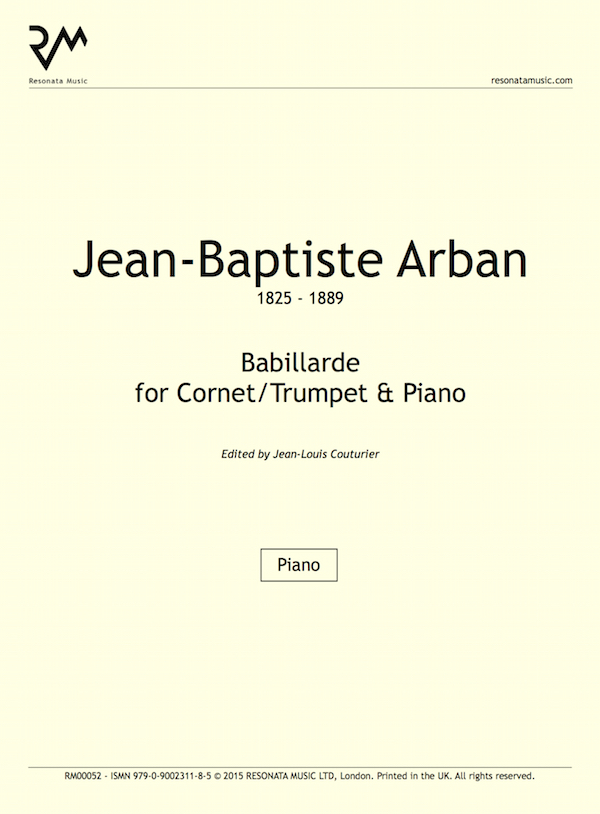 Jean-Louis Couturier must spend half of his waking moments in the Bibliothèque Nationale but we are the beneficiaries of his many wonderful discoveries of rare brass music. This work by the celebrated author of the cornet and trumpet “bible” is the latest in the line of many fine works Couturier has brought to light. Babillarde originally published by Brandus et Dufour (Paris, 1877), is a relatively short polka (126 measures) with all the flashy and splashy double and triple tonguing passages expected from a showpiece. While the range is not extreme (c’ to a’’), endurance is definitely a major factor in performing this piece as rests are few and are far between. Babillarde is a thoroughly enjoyable work and a welcome addition to the cornet/trumpet repertoire. Resonata has published a very readable edition with large font and appropriate spacing. Thanks again to Jean-Louis Couturier for his wonderful editions of rare brass music.