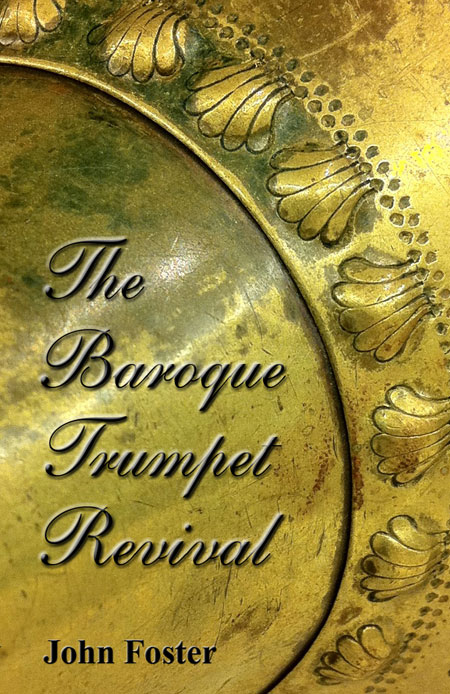 Virtuoso Australian natural trumpet player John Foster has presented a vivid picture of the revival of the Baroque trumpet tradition in our modern era. The book begins with some basic information on the history, structure, and literature of the natural trumpet. He then outlines the contributions of some nineteenth and early-twentieth century pioneers, including Xavier Teste, Thomas Harper, Julius Kosleck, Walter Morrow, and John Solomon. Once he gets to Walter Holly he is off and running.

The core of the book consists of fifteen extensive interviews with many of the greatest Baroque trumpet players of our age. Foster puts them into two groups. The “Twentieth-Century Pioneers” include Edward Tarr, Don Smithers, Michael Laird, Crispian Steele-Perkins and Friedemann Immer. There is no formal interview with Don Smithers, but John Foster presents a detailed outline of Smithers’ history including information from the interview that this reviewer did for the ITG Journal. The second group, dubbed “The First Generation” includes David Staff, Anna Freeman, Marc Ullrich, Jean-François Madeuf, Andreas Lackner, Reinhold Friedrich, Igino Conforzi, Gabriel Cassone, John Thiessen, and Niklas Eklund. Biographical sketches of a number of other fine players are presented, but without a formal interview. Foster also includes an extensive list of trumpet makers, historical trumpet ensembles, a “family tree” of Baroque trumpeters, and an examination of the Egger trumpet building workshop.

This is not really a detailed or scholarly-type book. Little focus is placed on research literature, and the bibliography contains mostly older well established reference works.

The strength of this book is its concern with players, and we get the perspective of a group of the best. The structure of the interviews is consistent. What John Foster asks each of the trumpeters is for biographical information, current and former positions, early musical experiences, trumpet idols, introduction to Baroque trumpets, influential figures on their careers, early education with historical trumpets, instruments used, awareness of performance practice and use of early methods and treatises, views on authenticity, practice methods, teaching methods and a host of other issues. Having the view of so many great players is a fascinating and fortunate situation. A number of similarities appear over and over. Practically every player cited Maurice André as an important influence. Even though only a few of this group actively play jazz, almost all also cited jazz trumpeters such as Miles Davis, Dizzy Gillespie, and Louis Armstrong as influences.

The issue of authenticity and that snarly subtopic of vent holes comes up often. Some players were completely non-apologetic. A number of trumpeters who play exclusively with vent holes on instruments that produce more of a modern trumpet sound than an authentic trumpet sound nonetheless mentioned the importance of playing without holes and had hopes that playing real natural trumpets would become the norm. Of course Jean-François Madeuf takes the pride of place concerning this issue. Many of his colleagues cited the great French musician for the strides he has taken with historically accurate performance practice. Madeuf also told the funniest joke of all the players interviewed. It has to do with why the trumpet is a “divine” instrument but I won’t give it away here.

John Foster has done a wonderful job of presenting a clear and informative view of the Baroque trumpet revival. He has done our community a great service with this publication. Of course, it is the views as well as the noble efforts of the players themselves that is most important.