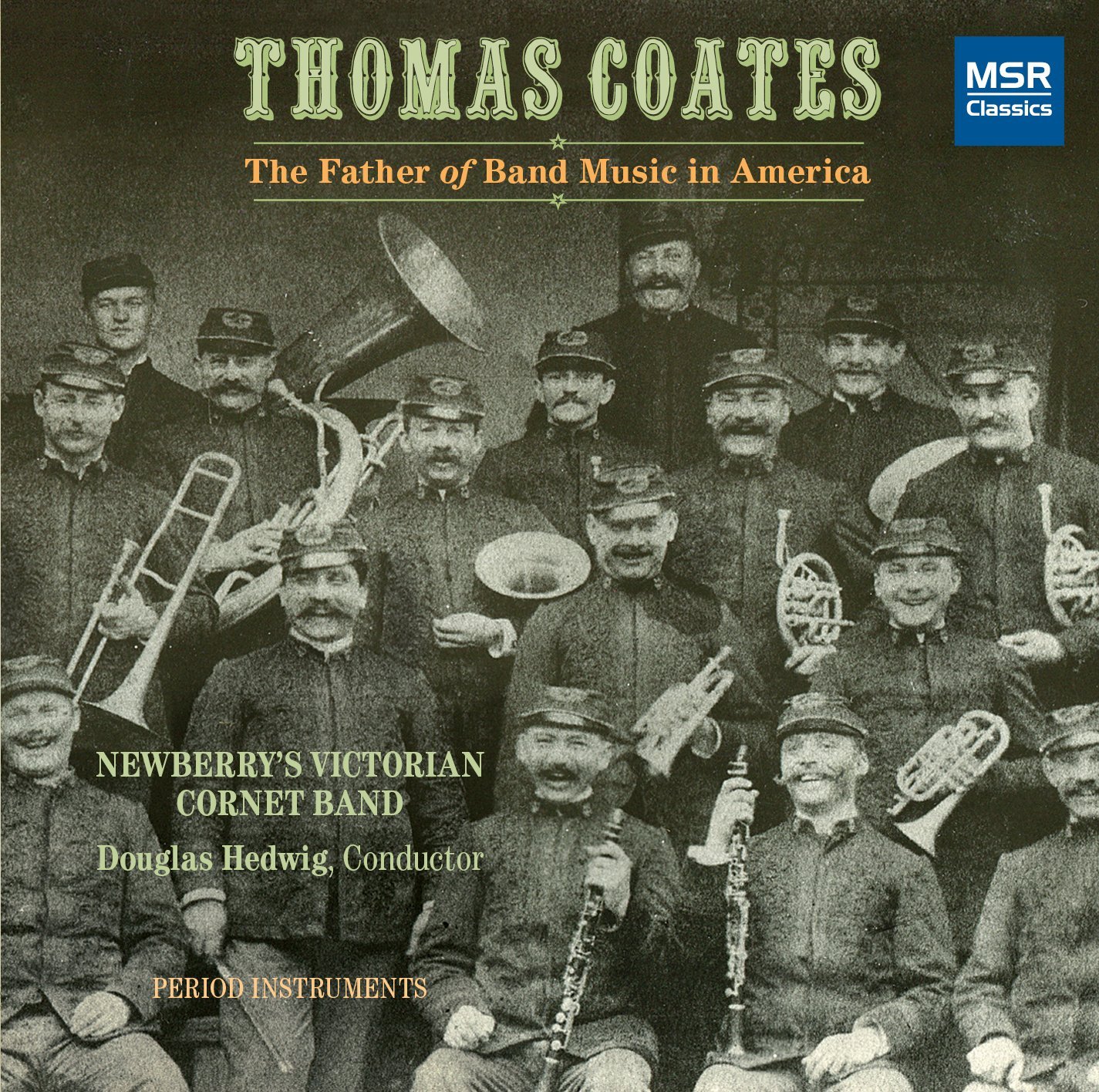 The list of instruments collectively owned by the members of Newberry’s Victorian Cornet Band is impressive in its own right but it’s the wonderful music that they make with those rare instruments that is the telling story. This fine ensemble, under the artistic direction of Michael O’Connor was founded in 2002 to explore, as O’Connor points it in his detailed CD liner notes, “…the largely forgotten repertoire of wind band music composed between the end of the Civil War and the advent of the Sousa Bad in 1892.” The Victorian period extends a bit further but it was the change in sound and enormous popularity of Sousa that was a deciding factor in the decline in this style and, in particular, its most important proponent, Thomas Coates. One fundamental change from the American Civil War period brass band to the Victorian Age bands was the shift from the dominant role of the high Eb cornet to the lower and mellower Bb cornet. In that regard, this program features the beautiful Bb cornet solo by Elisa Koehler on Frederick Keller’s (1837-1882) Fantasia, Safe in the Arms of Jesus. Koehler, the current stage manager and conductor of the group, possesses an admirable virtuosic technique and plays with a wonderful lyrical approach. As O’Connor points out, Victorian band repertoire often serves as vehicles for solo brass. To demonstrate this tradition this CD featured the cornet solo on the Keller piece as well as Franz von Suppé’s (1819-1895) My Native Land which was fabulously performed as a baritone solo by Barry Bocaner. The remaining eight pieces on the program are an assortment of quick steps, marches, funeral pieces and folk songs composed or arranged by Thomas Coates.

Playing old brass instruments is a chore and puts the contemporary musician at a disadvantage. Using an original mouthpiece adds an even higher road block. However, the Newberry group has overcome these obstacles with great skill and their use of original equipment certainly allows them to enter the Victorian sound-world with greater ability than most period brass ensembles. They are also fortunate to have Michael O’Connor, a scholar who has done extensive research in this repertoire. O’Connor has prepared all the music, making scores and performance editions having painstakingly corrected the many errors in the various band parts. Those who attended the 2016 Vintage Band Festival in Northfield, MN were able to hear some beautiful playing by the Newberry band. Their live performance had every bit of glorious playing as is on the recording.

This is a second recorded project exploring the music of Thomas Coates. The Coates Band, also conducted by Doug Hedwig with the forces of Mike O’Connor and many members of the Newberry ensemble, previously recorded Quickstep: Brass Band Music of the American Civil War (see review published on this site in 2012). We all benefit from these fine and important musical projects.