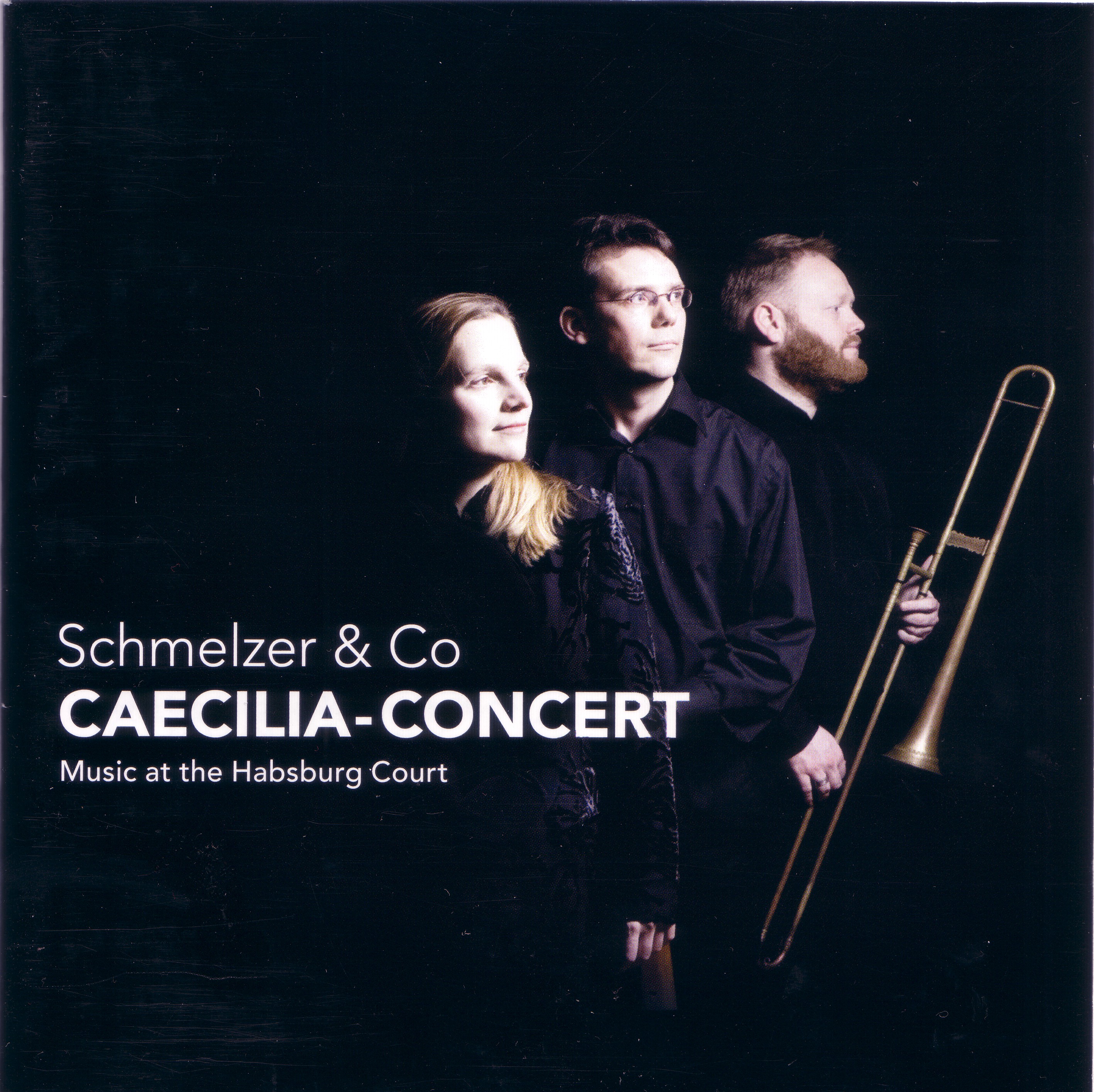 Recorded January 15-17, 2009, Laurentiuskerk, Mijnsheerenland, NL
www.caecilia-concert.com
The works on this recording are virtuosic showcases for the performers who more than do them justice. As virtuosic as are the performances, that is how lacking in interest are the compositions themselves, which all feature repetition, sequence, and predictability. Fortunately, the members and guests of Caecilia-Concert make this a recording worthy of many listenings.
Bruce Dickey (who only appears on three of the tracks), as always, executes with impeccably clean playing. Of note is his cadential work at the conclusion of the Sonata Sesta a 5 by Massimiliano Neri. Additionally, his work in the Sonata “La Carioletta” of Johann Heinrich Schmelzer is both elegant and inspired.
Great attention should be given to trombonist Adam Woolf whose fine playing is ubiquitous on this recording. He offers dazzling technique in Marco Antonio Ferro’s Sonata11 a 4. On Schmelzer’s Sonata a 4 he plays with beautifully shaped phrases in the slow sections and then artfully continues this smoothness in the very angular and technically demanding sections later in the work. In the second “Sonata a 3 by Antonio Bertali, Woolf again impresses the listener with impeccable intonation coupled with virtuosic technique, always with suave phrasing.
In conclusion, though the music is wanting, the performances are anything but. This is a recording all early musicians should hear, if for no other reason, to hear some extremely polished and dazzling playing by Bruce Dickey and the possibilities of musicianship of the trombone in the hands of Adam Woolf.
-- James Miller