Trumpet Fanfares by Buhl and Others, Wolfgang Haas 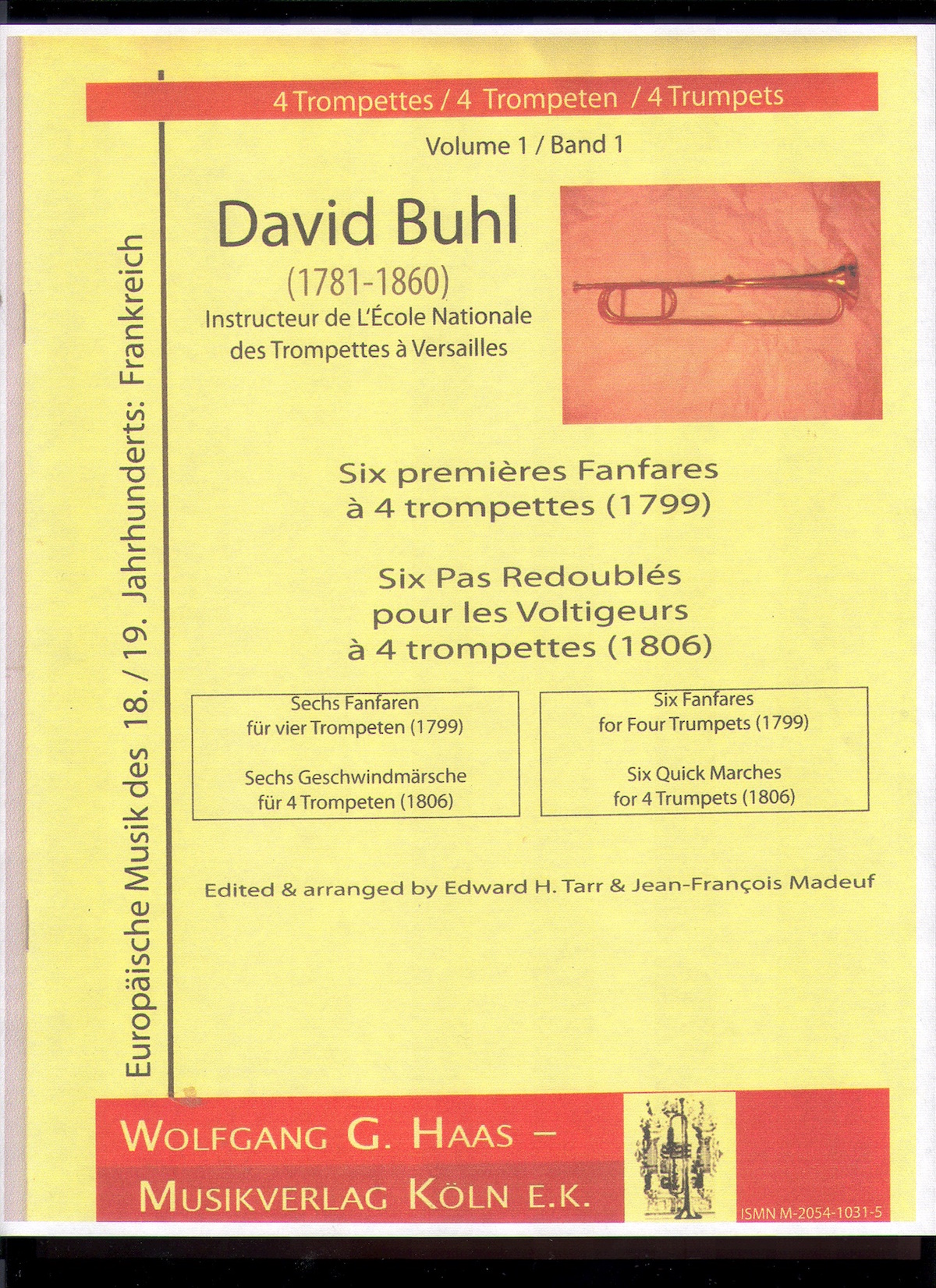 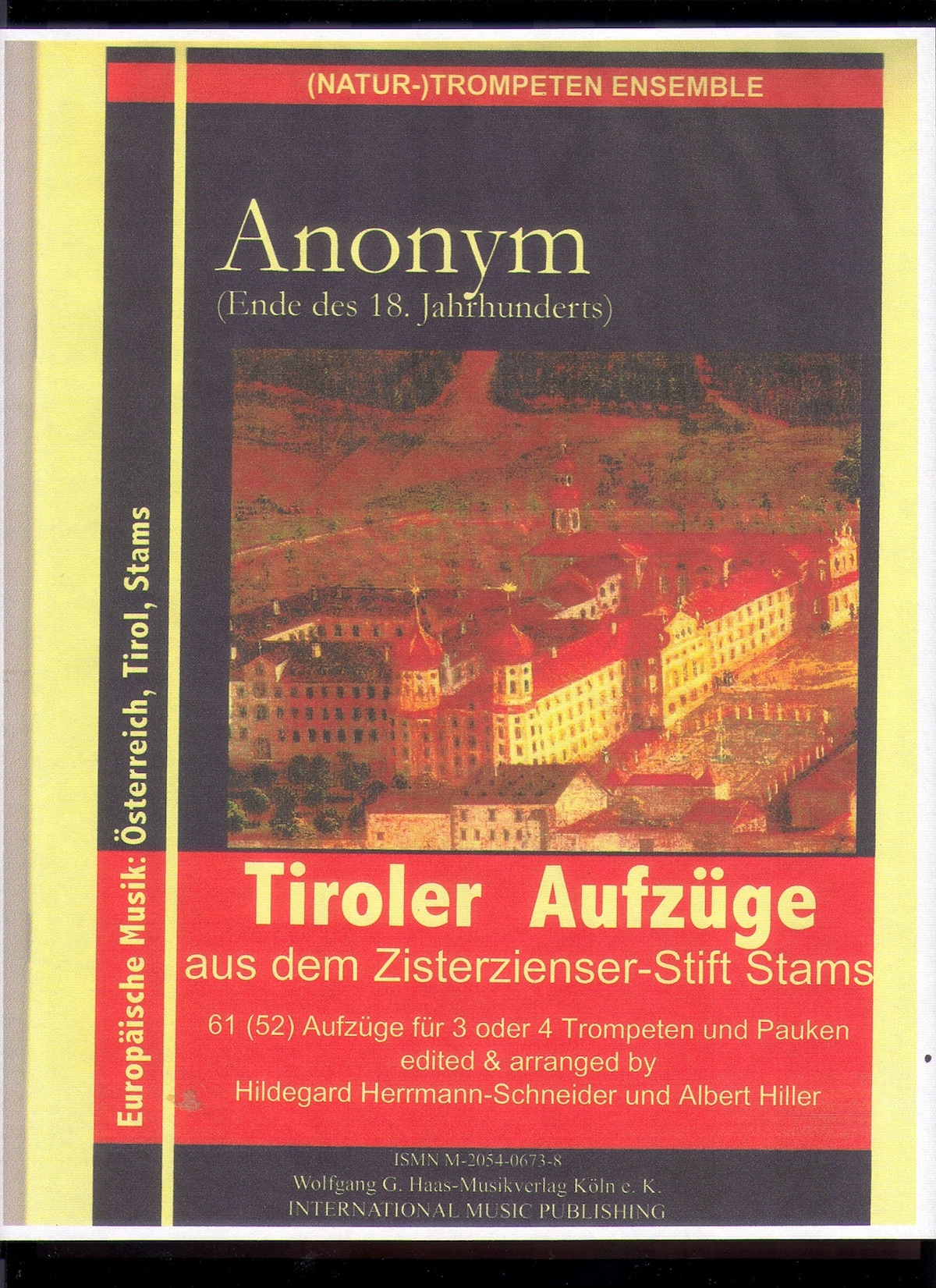 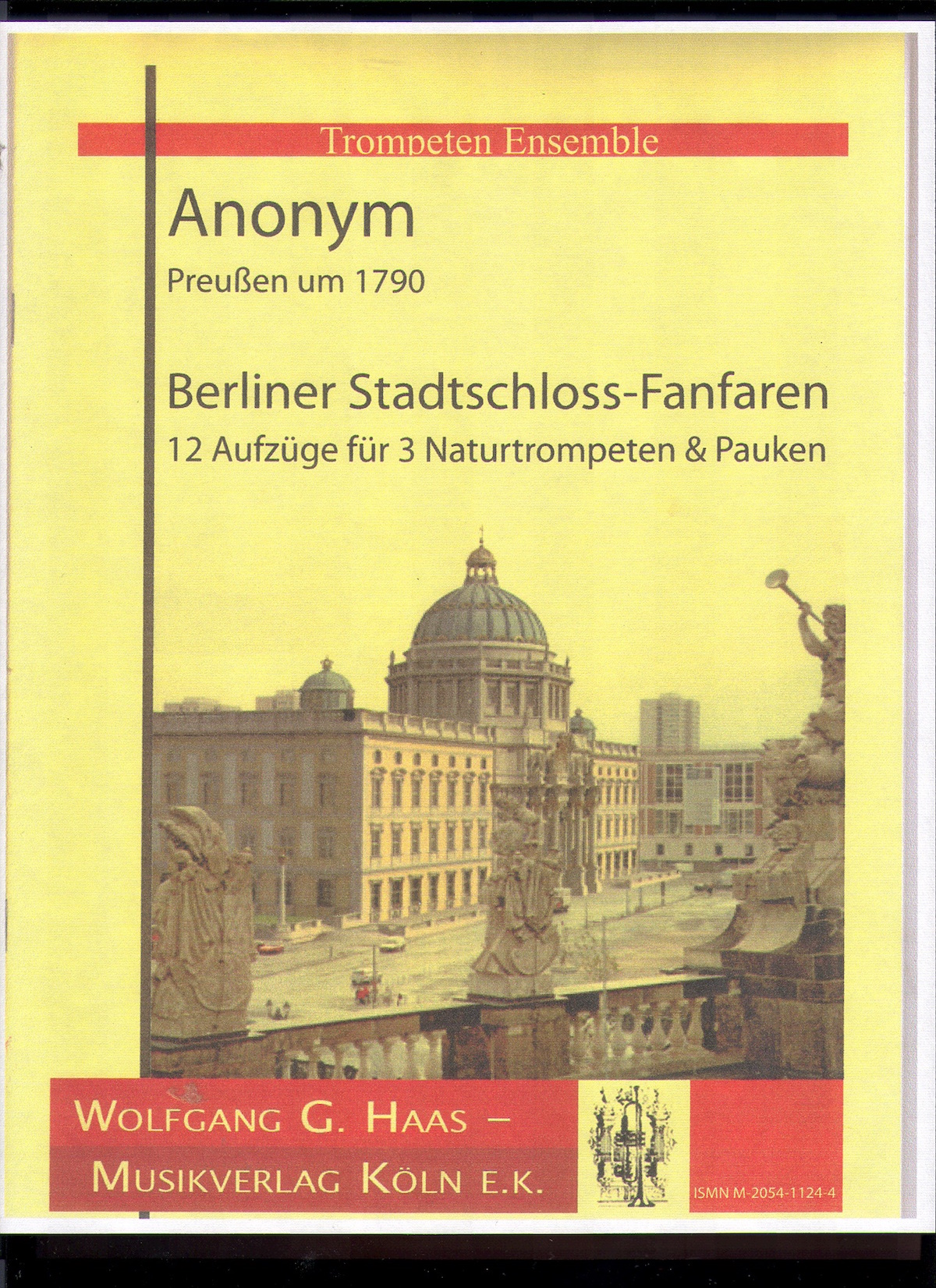 These three recent editions brought out by Wolfgang Haas Musikverlag are a most welcome addition to the natural trumpet ensemble repertoire. They bring a variety of interesting and enjoyable music to the table. The collection of music from the Tirol is from the Stams Collection and is part of the monastic archive of the Cistercians at Oberinntal. It represents a small part of the rich treasures of the Tirol. The extensive notes are only in German for this edition and the Berliner edition as well. (I thank Steve Plank for his expertise in translating them for me.). In this handwritten source, only two of the three parts are complete. A substantial part of the first clarino is lost and some of the second clarino as well. The editors used the Weyarn collection in Bavaria as a model in which to reconstruct the missing parts. They do a most convincing job as the fanfares have a completely authentic sound. It is quite obvious that they have well absorbed the stylistic subtleties of clarino writing. The writing is relatively conservative with a modest range. The first part ascending to a’’ above the staff and the parts are mostly in duple time and some times in 6/8. The writing takes an occasional rhythmic flourish, such as in fanfare no. 41 with a figure of 16th note triple followed by two 16th notes.

As Horst Pichler explains, the holdings of the famous Königlichen Hausbibliothek in the Berlin Stadtschloss are a veritable treasure trove for Prussian trumpet ensemble music of the 18th and 19th centuries. This material was forgotten until 1889 when Georg Thouret began to catalogue the material. The 12 Aufzüg MM 223 in the Thouret Catalogue survive in four handwritten single parts: clarino primo, clarino secondo, clarino princibalo, and timpani. Pichler has noted that the 4th fanfare “Aria Moderato” is based on motives from Carl Ditters von Dittersdorf’s opera Das rote Käppchen from 1788. Given a few years for the dissemination of the new work the editor has placed the date of the collection to be about 1790. These short pieces are a bit more expansive than the collection from the Tirol. The first part ascends to a high c’’’ and the others adhere to the standard register. They are in 4/4/, 2/4, 3/4 , and 3/8.

The pieces by David Buhl (1781-1860) are the most interesting of the three editions in review here. According to Tarr and Madeuf, and as featured in an article by Bryan Proksch in the 2008 issue of the HBS Journal, Buhl was one of the founders of the French school of trumpet playing and part of a lineage that extended to his nephew F.G.A. Dauverné (1799-1874), up to Jean-Baptiste Arban (1825-1889), and beyond. Buhl had a distinguished career with many honors. The fanfares, some of which are titled, are in 4/4, 2/4, 6/8, and 3/8 time and display a real compositional inventiveness. The six quick steps (Pas Redoublès) have the characteristic 16th note triplet figures giving these pieces a sparkling rhythmic drive. These 12 short works are published here for the first time in a modern edition.

Wolfgang Haas Musikverlag has provided a fine service to the brass community with these new modern performance editions.