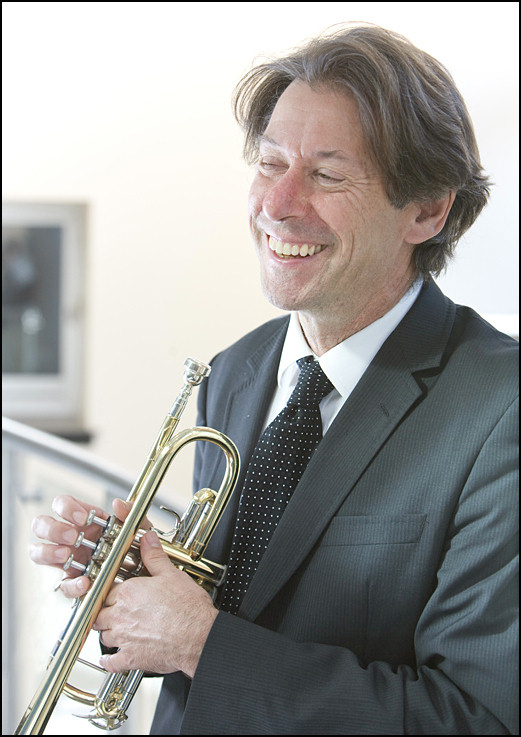 We are pleased to announce that John Wallace has been awarded the 2019 Christopher Monk Award. In selecting John Wallace the Award Committee acknowledged his long-standing achievements as one of the greatest trumpet and cornet players of his generation (on modern and period instruments), his publications as well as his work as a teacher as Head of Brass at the Royal Academy of Music and Principal of the Royal Scottish Conservatoire. His lead of the ensemble, The Wallace Collection, has set the highest performance standards for both modern and old repertoires.

HBS Board member Arnold Myers presented John Wallace with the 2019 Christopher Monk Award plaque on April 27, 2019 in Glenrothes, Scotland, during a concert of the Tullis Russell Mills Band, the brass band with whom John first got his start.

The Award citation reads: "For his long-standing achievements as one of the greatest trumpet and cornet players of his generation on modern and period instruments, his outstanding contributions to brass scholarship as well as his work as a teacher, administrator and leader of the Wallace Collection Brass Ensemble." Many of John’s family and friends were in attendance as the concert, one of several Centenary events for the band, was also in tribute to John’s father, Kiff Wallace, a longtime member of the Band. 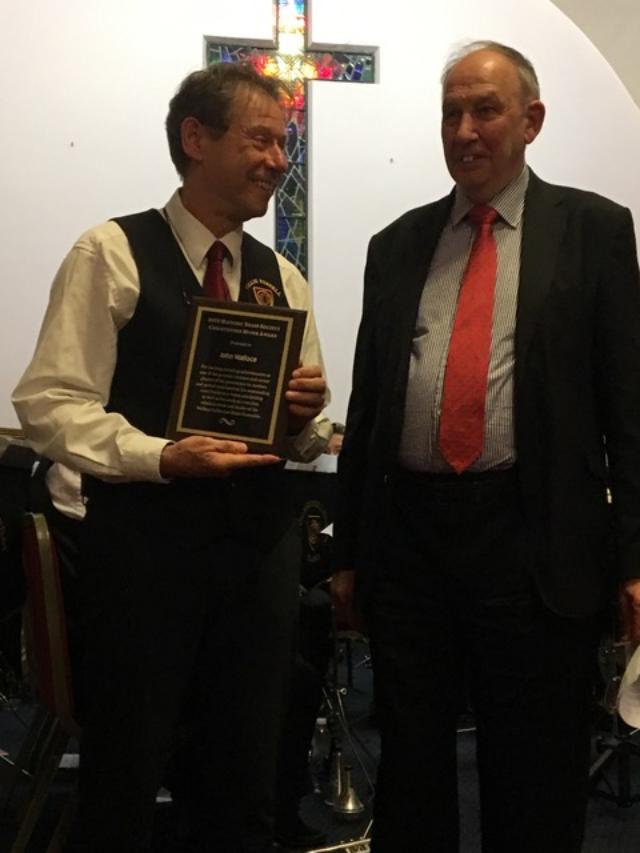